PHD are keeping the Health & Safety awards rolling in.

Richard Hoare and his team at the new Facebook Data Centre picked up the Health & Safety award of the month.

Facebook intends to build an initial 31,000sq. m. facility on the site. This will be the second data centre that the company has built outside the US.

Clonee Data Center will be one of the most advanced and energy efficient data centres in the world. It will feature the latest server, storage and network designs developed through the Open Compute Project, and will be powered by 100 per cent renewable energy. 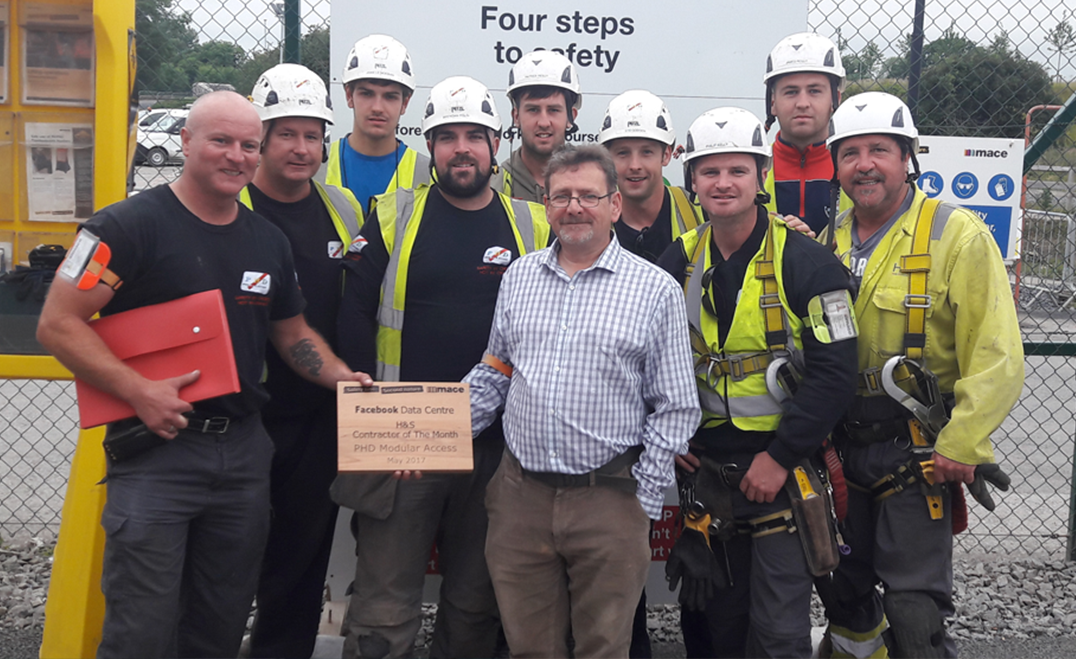