With the family’s firm roots in Sligo, PHD are proud sponsors of the Sligo Rovers Football Club. We have been one of the primary club sponsors since 2015 when the PHD logo was added to the back of Rovers’ jerseys.

PHD are proud to announce our new partnership with Sligo Rovers Football Club. We are delighted for the opportunity to be one of the clubs main sponsors and to be associated with them as partners.

Sligo Rovers Football Club is a professional Irish football club playing in the Premier Division of the League of Ireland. Founded in 1928 they joined the League of Ireland in 1934 and have used The Showgrounds as their home ground since the beginning. They recently won their third FAI Cup in four years and in the season previous to this recent cup win became the 2012 Premier Division Champions, winning the title with two games to spare. In total they have won three league titles, five FAI Cups and two League cups.

The team’s kit displaying the PHD logo was put into play for the first time on Friday 12th June 2015 in the exciting game against Dundalk.  The game proved to be very entertaining, starting with the Bit o’Reds in the lead but ending in Sligo Rovers being narrowly beaten by Dundalk.

We look forward to the next game and optimistically a win with our newly sponsored team.

It was very thrilling to see our logo appear on the FIFA 2017 game when Sligo Rovers featured on it! 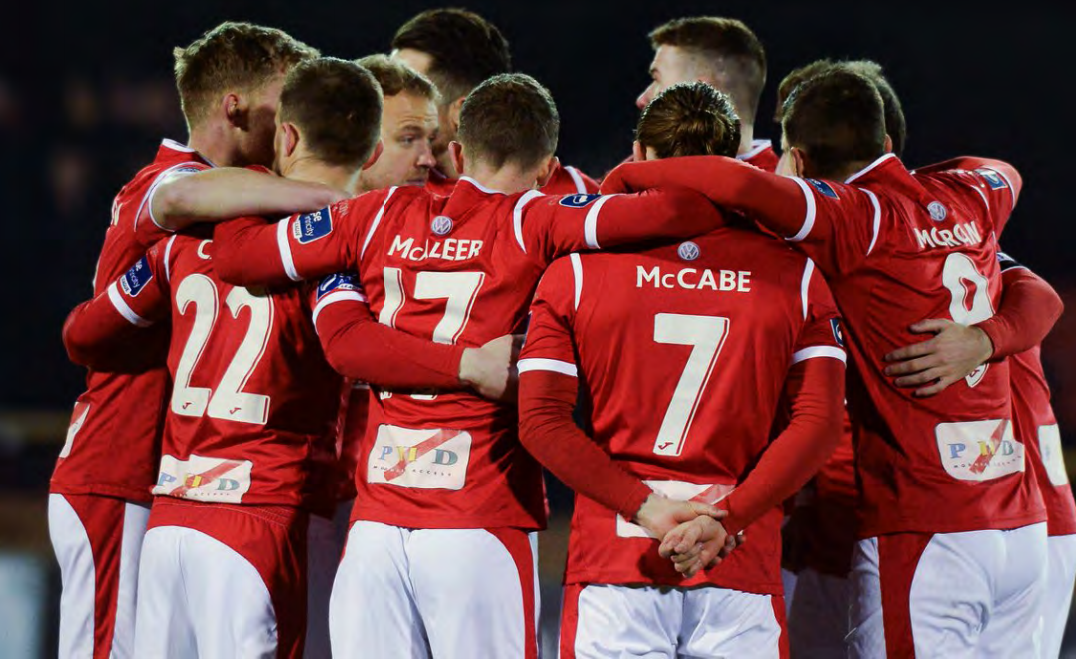